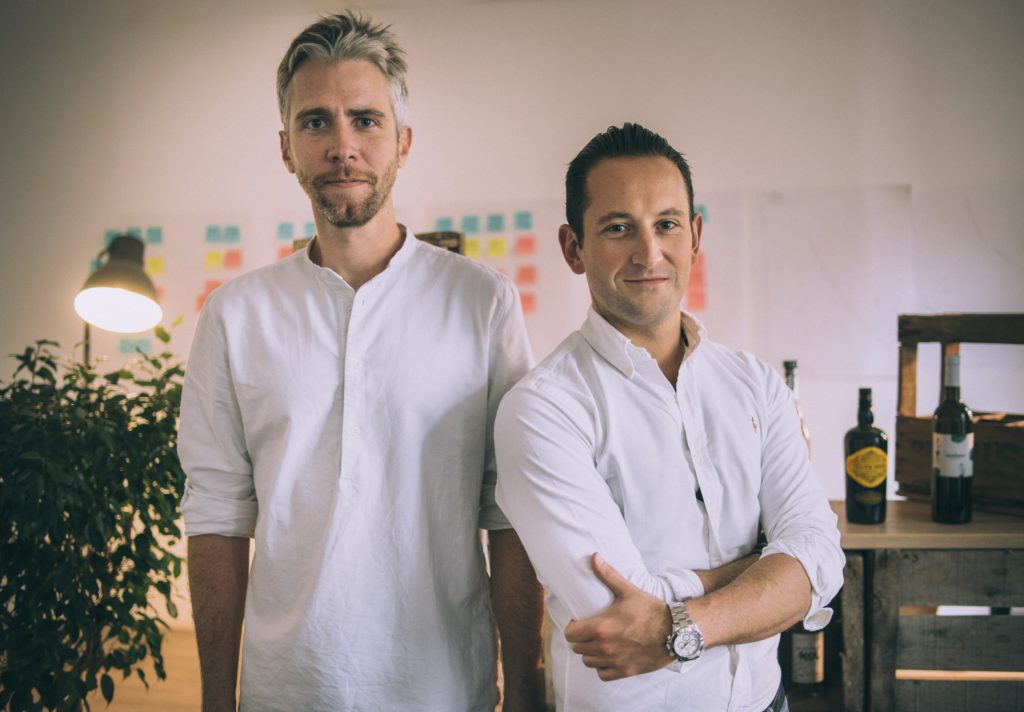 The start-up Kol was founded in 2016 by two former financiers, Baptiste Guez and Pierre Nicolet. In August 2019, the Coca-Cola group took a 25% stake in the business. Through its app, Kol provides its Parisian customers with deliveries of wines and spirits in half an hour and 48-hour shipments across France. Kol also has a B-to-B business which generates 35% of its turnover.

Gabrielle Vizzavona: How did you come up with the idea of creating Kol?

Kol: At that time, Uber Eats and Deliveroo were emerging. The platforms didn’t supply drinks and we wanted to give it a try. Unlike them, we chose to keep our listings in-house rather than become the middle men for wine merchants. It’s a more cumbersome model because it generates inventory that we store in our warehouse, but it’s more efficient because it allows us to retain control over the value chain: we set our prices and control our logistics by choosing the most suitable hours.

GV: What criteria do you use for listing your wines and spirits?

K: An expert curates the wine and spirits selection. Some estates also contact us directly to access this new distribution channel, particularly since the first lockdown. All the products are then tasted by our teams – both connoisseurs and newbies – based on 3 criteria: quality, value for money and visual appeal. The aim is to have a spectrum of around fifteen listings per colour for wines and about a hundred spirits. Our prices range from 6.90 euros to 670 euros per bottle, and the average price is around twenty euros.

GV: How have drinking patterns changed since the pandemic?

K: Both our clientele and their drinking habits have changed. Clients now order much earlier. We readjusted very quickly to the new delivery times by moving our slots from 6 p.m. to 3 a.m. before lockdown to between 2 p.m. and 10 p.m. People now use us more for the aperitif or dinner, whereas previously we were more focused on party occasions. Our clientele is older and tends to be fine food and wine connoisseurs over 30 years old who choose better quality products. Demand has shifted towards wine (our sales have doubled), craft beers and rarer spirits, which are more for savouring than partying. This has led to a 5 euro increase in the average basket, which is now around 45 euros.

GV: Will the new patterns be sustained after the crisis?

K: The new drinking habits are around to stay.

GV: More generally speaking, what is your take on the change in demand?

K: People are more demanding about what they drink and are willing to spend more. Calorie count and the health factor are of paramount importance, as are certification endorsements.

GV: What are your plans for the future?

K: We would like to become the market leader for pre-dinner drinks, the most popular consumer segment today, by supplying quality snacks and deli foods to complement our choice of beverages. We also launched a new product after studying the American market and the emergence of the hard seltzer category of fermentation-based sparkling alcoholic water. The category has experienced a meteoric rise over the last two years and is now a 500-million-euro market. Our organic, vegan and gluten-free alcoholic water is called ‘Walter’ and is available in two flavours – hibiscus cactus and lemon ginger. It has an ABV of 3.9 % and just 70 calories. It’s a runaway success in the United States. We’ll see if the French market reacts in the same way!