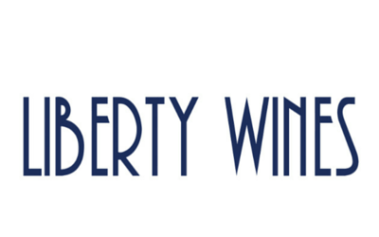 The Portuguese company Sogrape has acquired a majority stake in British importer Liberty Wines, while Piper and Charles Heidsieck have acquired a minority stake.

Sogrape acquired an initial stake in Liberty Wines in March 2017, but this is a new investment by the owners of Piper and Charles Heidsieck, whose interests also include Biondi-Santi and Château La Verriere.

Raquel Seabra of Sogrape and Damien Lafaurie of Champagne Heidsieck will join the board of Liberty Wines.

Fernando da Cunha Guedes, President, Sogrape said: “The UK is one of Sogrape’s priority markets and through Liberty Wines we are gaining significant visibility and representation for our wines, notably in the premium on-trade. We are delighted with their achievements over the past two years and are pleased to demonstrate our commitment by creating closer ties with David and the Liberty Wines team.”

Damien Lafaurie, President & CEO of Piper-Heidsieck, Charles Heidsieck and Rare Champagne, commented: “We are delighted to join Liberty Wines as a shareholder and to help it develop further. Having worked with Liberty Wines for seven years, it was natural for us to take part in its strategic alliance. We will support Liberty Wines’ talented, independent and ambitious team in further establishing the group’s leadership position in the UK, which is a strategic market for our Champagne houses.”

David Gleave, managing director, Liberty Wines added: “I would like to thank Liberty Wines’ longstanding shareholders, without whose support we would not have grown or developed as we have. On behalf of the Board, I’d particularly like to thank Luciann and Gary for their dedication and leadership, which has been integral to our success so far. Luciann and I co-founded Liberty Wines 22 years ago and Gary has been with the company for some 14 years. Both have contributed significantly to the culture and professionalism of our organisation.”

“The attraction of Sogrape, Charles Heidsieck, Piper-Heidsieck and Rare was that the businesses are family owned and take a long-term view of the market. We also share a belief in quality from vineyard to glass, something which is reflected in the strong performance of our three businesses. At Liberty Wines, we have had our best results ever in this past financial year. We feel the strategic reasons behind our partnership are compelling and position us well to continue to meet our customers’ needs in this fast-paced market.”